Why do I Like to Use Vermiculite to Grow Flowers?

As a Bulk Perlite Manufacturer, share it with you. For friends who like to grow flowers, vermiculite is a familiar substrate. It is cheap, light in weight, good in air permeability and water retention. It can be matched with peat, coconut chaff, and perlite for soil Flowering can improve the soil and adjust the pH of the soil; it can also be used alone as a cutting substrate, which is sterile and air permeable, and has a certain water retention, which is conducive to the rapid rooting of cuttings and can significantly improve the survival of cuttings. The rate was once called the "artificial cutting tool" by everyone. 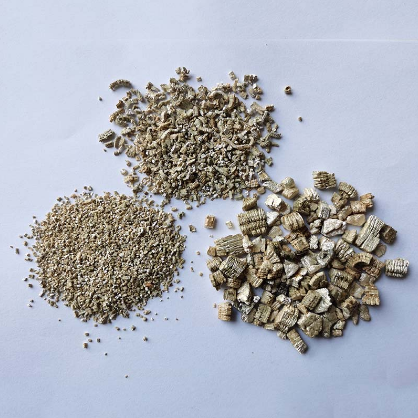 About the basic characteristics of vermiculite:

(1) Vermiculite is a mineral silicate material that has undergone high temperature expansion. It has a yellowish-brown color and is slightly distorted like instant noodles. It has a very light weight and a certain degree of powdering. It contains what is needed for potted plants. Mineral trace elements such as magnesium and iron, but almost no organic matter after high temperature expansion, are sterile substrates.

(2) It has a wide range of uses, not only as a substrate commonly used for soil preparation and cutting seedlings, but also for soilless cultivation and as a heat preservation and hatching material for reptiles.

(3) Use it to cut roses, geraniums, crab claws, succulent leaves, etc. It not only takes root quickly but also has a very developed root system.

(4) Vermiculite is a neutral mineral, does not contain salt and alkali, and has a certain adsorption capacity. It can not only increase the soil bulkiness, but also adjust the acid-base balance of the soil.

(5) At the same time, it is also a cheap substrate with high fluffy degree and very light weight. It can be used for matching with peat and perlite, etc., which can reduce the total cost of soil mixing.

The role that vermiculite can play in the process of growing flowers:

In addition to improving the soil structure, making the soil looser and more permeable, vermiculite can also regulate the acid-base balance of the soil and keep the soil at a suitable humidity. In addition to its adsorption, it can extend The residence time and release cycle of fertilizers in the soil also have a positive effect on the growth of potted plant roots and the stable development of seedlings.

Our company also has Exfoliated Vermiculite on sale, welcome to contact us.

Previous:Do you Know the Mineral Composition of Perlite?
Next:What is the Main Purpose of Vermiculite?