What are the Characteristics of Zeolite? 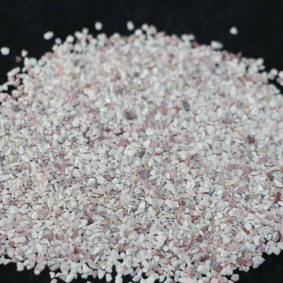 The natural zeolite found in the world is generally light gray, sometimes fleshy red. It is obviously lighter than ordinary stones when held in the hand. This is because the inside of zeolite is full of tiny holes and channels, which is much more complicated than honeycomb. If you compare zeolite to a hotel, there are 1 million "rooms" in this "super hotel" of 1 cubic micron! These rooms can automatically open the door or block the car according to the gender, height, weight, and hobbies of the "traveler" (molecules and ions), and will never let the "fat" go to the "skinny" room, nor will it make tall people. Live in the same room with the short guy. According to this characteristic of zeolite, people use it to screen molecules and obtain very good results. This is particularly important for the recovery of copper, lead, cadmium, nickel, molybdenum and other metal particles in industrial waste liquid.

Zeolite has the properties of adsorption, ion exchange, catalysis, acid and heat resistance, so it is widely used as adsorbents, ion exchangers and catalysts, and can also be used for gas drying, purification and sewage treatment. Zeolite also has "nutritional" value. Adding 5% of zeolite powder to the feed can speed up the growth of poultry and livestock, strengthen the body with fresh meat and high egg production rate.

Due to the porous silicate nature of zeolite, there is a certain amount of air in the small pores, which is often used to prevent bumping. When heating, the air in the small holes escapes and acts as a gasification nucleus, and small bubbles are easily formed on the edges and corners.

Our company also has Zeolite on sale, welcome to contact us.

Previous:What is Diatomite?
Next:Do you Know the Mineral Composition of Perlite?