How Do Pumice Stones Form?

Pumice is a light-colored, extremely porous igneous rock that forms during volcanic eruptions. It is used as an aggregate in lightweight concrete, as a landscape aggregate, and as an abrasive in a variety of industrial and consumer products. Many specimens have a high enough porosity that they can float until they are slowly submerged in water. 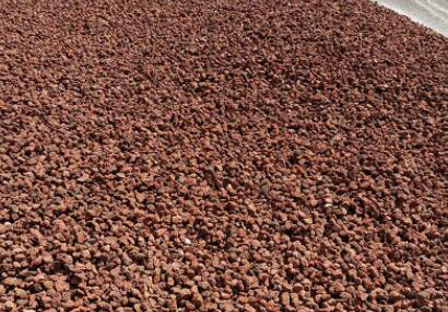 How do pumice stones form?

The pore spaces (called vesicles) in pumice are a clue to how they form. These vesicles are actually bubbles of air trapped in the rock during the rapid cooling of gas-rich, frothy magma. This material cooled so rapidly that the atoms in the melt could not arrange themselves into a crystal structure. As a result, pumice is an amorphous volcanic glass known as a "mineraloid".

This is similar to the large amounts of carbon dioxide dissolved in sealed bottles of carbonated beverages such as beer or soda. If you shake the container and then immediately open the bottle, the sudden release of pressure causes the gas to flow out of the solution and the drink spews out of the container in a mess.

A rising body of magma, pressurized by dissolved gas under pressure, behaves in a similar way. When magma breaks through the surface of the earth, a sudden drop in pressure causes gases to come out of solution. This is what creates the huge high-pressure gas from the vent.

The gas ejected from the vents tears the magma into pieces and ejects it as molten foam. The foam quickly solidifies as it flies through the air and falls back to Earth as pumice. The largest volcanic eruptions can spew out many cubic kilometers of material. The size of this material can range from tiny dust particles to large pumice boulders the size of houses.

Large eruptions can cover the landscape around a volcano with more than 100 meters of pumice and eject dust and ash into the atmosphere. 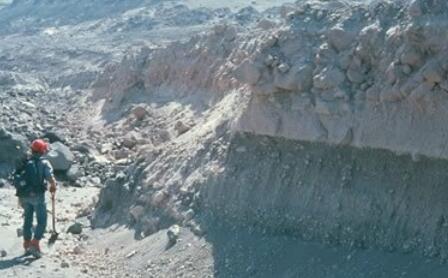 The abundance of vesicles in pumice and the thin walls between them give the rock a very low specific gravity. Its specific gravity is usually less than 1, allowing the rock to float on the water surface.

Some islands and submarine eruptions produce large amounts of pumice that float to the surface and are blown away by the wind. Pumice can float for a long time - sometimes years - before it eventually floods and sinks. Large amounts of floating pumice are called "pumice rafts". They are large enough to be tracked by satellites and pose a danger to ships sailing through them.

We see a variety of health and beauty products containing pumice in our lives, including the famous "lava soap" that cleans dirty hands with tiny pumice abrasives, a foot scrub that acts as a scrub to smooth "sandal feet", two pumice stones and a sponge embedded with pumice abrasives.

The largest use of pumice in the United States is in the production of lightweight concrete blocks and other lightweight concrete products. When this concrete is mixed, the vesicles remain partially filled with air. This reduces the weight of the blocks. Lighter blocks can reduce the structural steel requirements of a building or reduce foundation requirements. The trapped air also gives the block a greater insulation value.

Pumice has many other uses. Together, these products account for less than a few percent of U.S. consumption, but most people think of them when they hear the word "pumice".

Many people find small pumice pebbles in the pockets of their brand new "stonewashed jeans" and almost everyone has seen the famous "lava soap" made with pumice as an abrasive. Here's a list of these and some other minor uses for pumice (in no particular order)

● Abrasive in bar soaps and liquid soaps, such as "lava soap"

● A lightweight filler for clay

There are two forms of pumice: rock pumice and pumice. "Pumice" is the name given to very fine-grained pumice (less than 4 mm to sub-millimeter in diameter). The term can be used synonymously with the term "volcanic ash". It is extracted from volcanic ash deposits and can also be produced by crushing rock pumice.

All pumice production in the United States occurs west of the Mississippi River. Most of the pumice consumed in the eastern United States is imported.

Expanded aggregate produced by heating specific types of shale under controlled conditions is used as a substitute for pumice in lightweight aggregate, horticultural and landscape applications in the eastern United States.