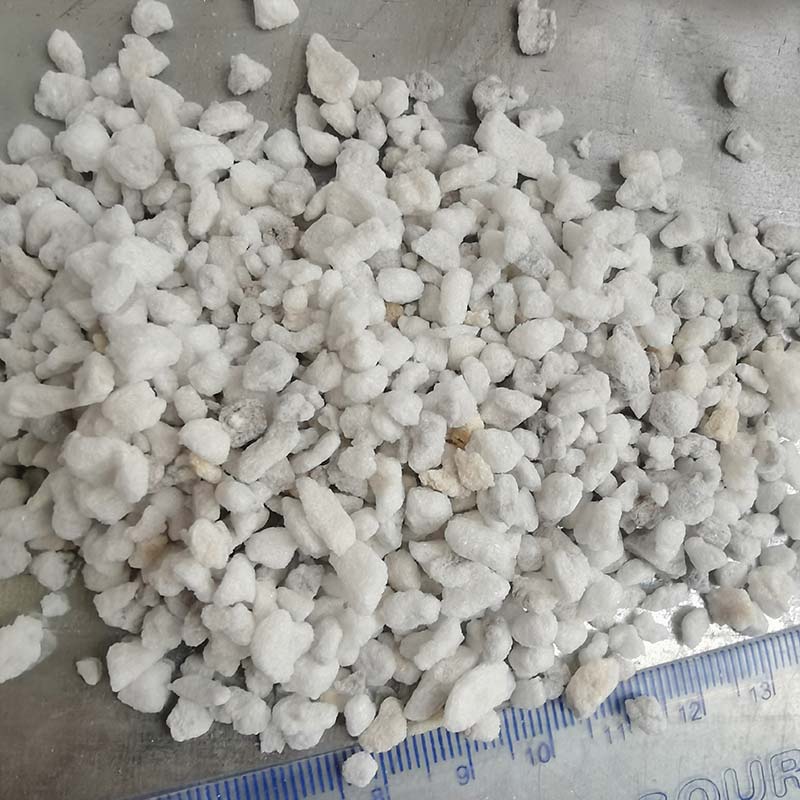 Perlite is an amorphous volcanic glass that has a relatively high water content, typically formed by the hydration of obsidian. It occurs naturally and has the unusual property of greatly expanding when heated sufficiently. It is an industrial mineral and a commercial product useful for its low density after processing.

In the construction and manufacturing fields, it is used in lightweight plasters, concrete and mortar (masonry), insulationand ceiling tiles. It may also be used to build composite materials that are sandwich-structured or to create syntactic foam.

In horticulture, perlite can be used as a soil amendment or alone as a medium for hydroponics or for starting cuttings. When used as an amendment it has high permeability / low water retention and helps prevent soil compaction.

Perlite is an excellent filtration aid and is used extensively as an alternative to diatomaceous earth. The popularity of perlite usage as a filter medium is growing considerably worldwide. Perlite filters are fairly commonplace in filtering beer before it is bottled.

Perlite is also used in foundries, cryogenic insulation, and ceramics (as a clay additive). It is also used by the explosives industry. Due to thermal and mechanical stability, non-toxicity, and high resistance against microbial attacks and organic solvents, perlite is widely used in biotechnological applications.

Perlite is a useful additive to gardens and hydroponic setups.

Perlite is physically stable and retains its shape even when pressed into the soil.

It has a neutral PH level.

It contains no toxic chemicals and is made from naturally occurring compounds found in soil.

It is incredibly porous and contains pockets of space inside for air.

It can retain some amount of water while allowing the rest to drain away.

Perlite is directly comparable to another mineral additive called Vermiculite. Both have overlapping functions and help with soil aeration and seed starting.

Vermiculite also comes from some kind of rocks and expands in the same popcorn fashion like perlite. Perlite has more air porosity than vermiculite, and better drainage effects as well. Vermiculite, on the other hand, retains water much better than perlite.

Perlite is better suited for succulent plants, while vermiculite is better for tropical plants that need more moisture retained in the soil.